How to use an Adafruit Huzzah with Neopixel FeatherWing

I accept that not everyone has the skills to assemble electronics, so to that end I decided to see if there is something on the market that people could use relatively easily.

One product (well actually two) is an Adafruit Huzzah with a Neopixel FeatherWing. The Huzzah is a nice small form factor and the wing fits nicely on top.

Alas you do have to do some minor tweaking

Where can I get the parts

The LEDs on the FeatherWing are controlled with a single data pin, by default the data pin is number 16. Unfortunately for us the Huzzah doesn't support pin 16 so it has to be changed to another.

Fortunately Adafruit thought of this and provided lots of alternative contact pads that can be closed allowing us to set the data pin to one of the other numbers.

There a different versions of the WLED firmware that use different pins, in this instance I'll be closing pin 2. 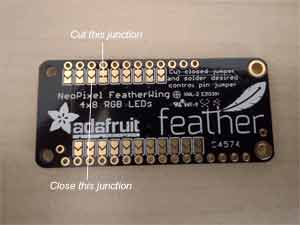 I use a scalpel to cut the track. DO NOT CUT THE HUZZAH ONLY THE FEATHERWING! 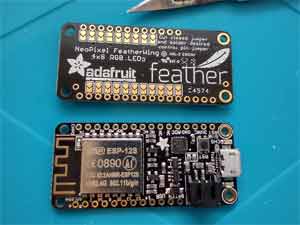 Having cut the track to pin 16 close the contacts for 2. 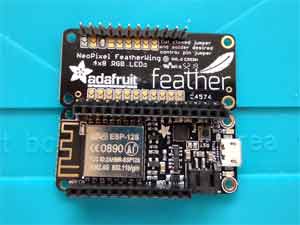 Now you have a programmer you need the firmware

The firmware you'll need is name WLED_x.xx.x_ESP8266.bin (where the x's refer to the release number)

Now you have the firmware and the programmer it's time to program.

Plug the Huzzah into a USB port 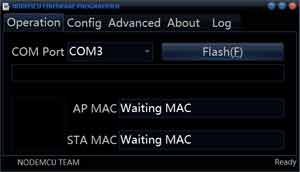 Select the COM port for the Huzzah 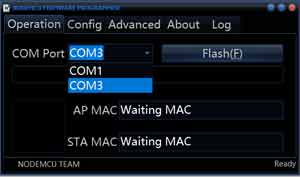 Go to the Config tab, click the Cog icon on the firm line and then browse for the firmware downloaded earlier. 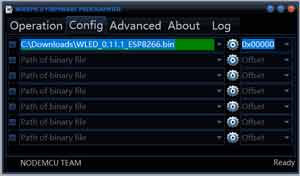 Go back to the Operation tab and click Flash

Celebrate a job well done with nice cup of coffee (or tea) (....and possibly cake).

You can go through the configuration steps of the WLED firmware.

From there you connect the device to your own Wifi network, give it a name so Alexa can communicate with it etc.

To help with eye strain from bright LEDs there are a number of things you can do.

Your experience on this site will be improved by allowing cookies.